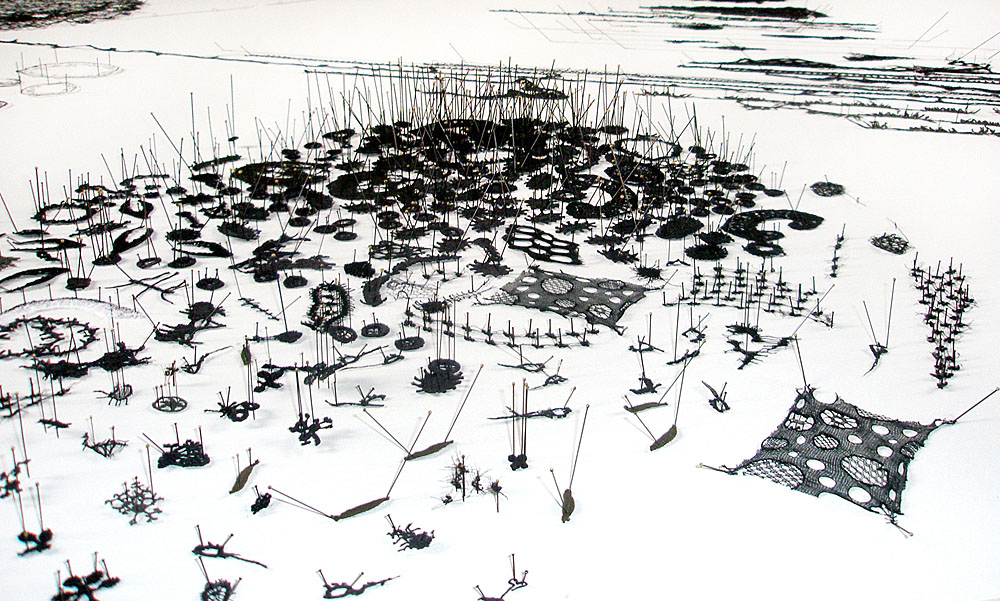 Topologies: Made at the V&A extends from the larger Topologies installation created for the debut of the exhibition "Out of the Ordinary" at the Victoria and Albert Museum, London, in 2007-08. Wilson created this smaller iteration for the traveling portion of the exhibition. Made in the spring of 2008 in a studio at the V&A, this piece responds to the floral motifs in textiles from India and South East Asia that surrounded Wilson each day as she worked at the museum. As a contemporary work of art, Topologies: Made at the V&A was installed alongside historical laces in the V&A's Lace Gallery.